by Kate Santich and Martin Comas

Nearly every day, Michelle Dettlaff sits outside the glass door of an Altamonte Springs assisted living facility to see her 81-year-old mother, who sits on the other side.

Sometimes Dettlaff will reach out and press her hand against the glass. It’s as close as the mother and daughter are permitted to be.

“It sucks,” said Dettlaff, 52, whose mother suffers from dementia, “because I want to be there with her.”

Since March 15, when state officials banned nearly all visitors from entering long-term care facilities to slow the spread of the coronavirus pandemic, thousands of Florida families have struggled to monitor the well-being of their loved ones and let them know they’re not forgotten.

“I’m worried that I won’t even know if there’s a problem,” said Cecilia Meeks of Winter Park, who used to visit her 88-year-old mother at a local nursing home several times a week. “I worry she’s over-medicated. When I try to call her, she just sounds drugged.”

Officials on Wednesday reported 73 cases of COVID-19, the highly contagious disease caused by the virus, among the state’s long-term care facilities. The total included two cases in Orange County and a cluster of 20 patients and one employee at Atria Willow Wood, an assisted living center in Fort Lauderdale, where six residents have died of the illness.

The Florida State Emergency Operations Center has announced it won’t identify the other institutions that have positive cases — only the counties in which they’re located — claiming that doing so is banned by privacy laws. Elder-care advocates contend it’s not.

“They’re talking about an outbreak in a home," he added. “And I would remind them that if they just do a quick Google search — looking at the [state Agency for Health Care Administration] website or Nursing Home Compare [run by Medicare administrators] — it’s chock-full of inspection information for nursing homes and assisted living facilities that is public.” 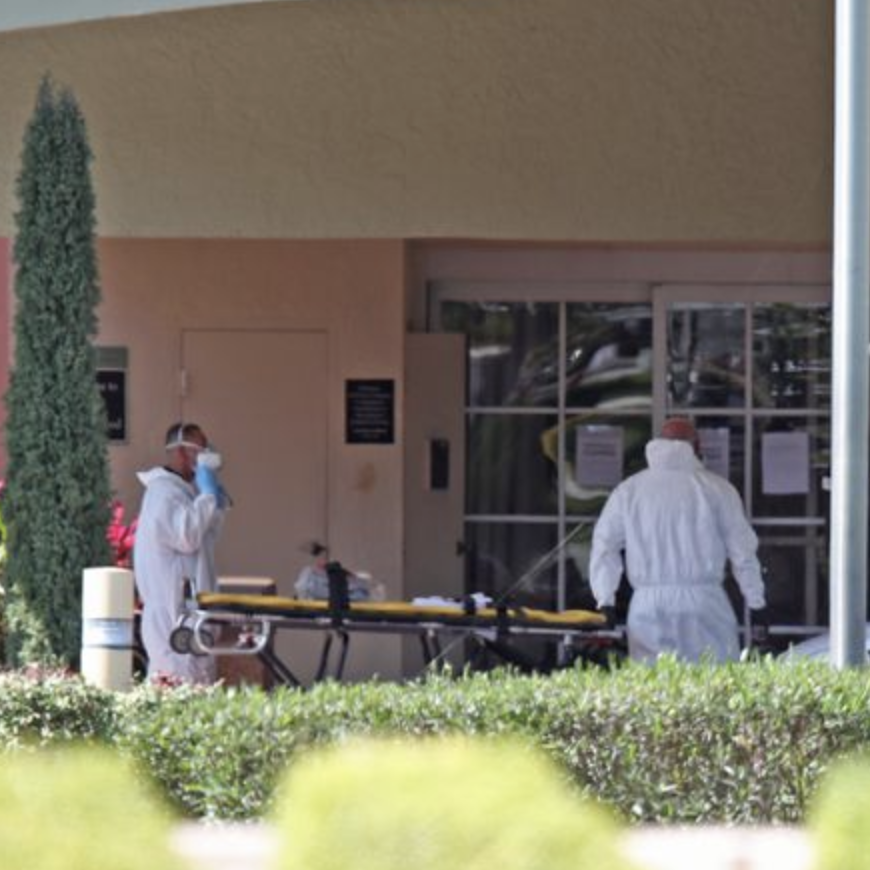