Federal regulators say New York needs to do more to ensure nursing homes are protecting residents after an audit revealed numerous deficiencies in areas related to the safety of residents and emergency preparedness.

The audit was conducted early last year by the U.S. Department of Health and Human Services Office of Inspector General, as part of a larger effort to see if states are ensuring nursing homes comply with new and expanded federal regulations designed to protect residents in the event of a fire or other emergency.

A report of the findings were published this month, and reveal that at least 20 nursing homes statewide lack the protections required to keep residents safe. Issues stem from inadequate management oversight and high staff turnover, auditors say.

"While nursing home management and staff are ultimately responsible for ensuring resident safety, we maintain that the (state Department of Health) can reduce the risk of resident injury or death by improving its oversight," the report concluded.

"As a result, nursing home residents at the 20 nursing homes were at increased risk of injury or death during a fire or other emergency," the report said.

The 20 homes selected for review were not a statistically representative sample of all nursing homes in the state, the audit notes. They were selected because of multiple "high-risk deficiencies" previously reported at the homes.

Such issues would have been identified or allayed, the report suggests, if the state Department of Health had developed a standardized life safety training program for nursing home staff or performed more frequent life-safety surveys. The department was also not checking to see whether homes had installed carbon-monoxide detectors, it said. 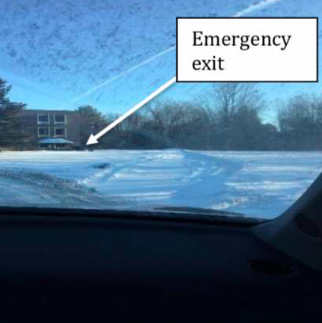